Last year I wrote a list of predictions for what I expected to occur across the world stage in 2013.  I’ve been looking through it over the year, pleased with some predictions, while despairing as other world events swept passed my expectations.  Here I’ll review each prediction, one by one, and tally up my score to see whether I should become a professional psychic or not.

Overall, I seem to have actually fared better than I expected, having been more or less correct on 65% of the issues!  Tomorrow I’ll publish my list of predictions for 2014 – watch this space.

Today, at approximately 5:30pm, I will begin the 20-hour journey which shall take me to university in Edinburgh.  This is both nerve-wracking and exciting beyond belief – and my time will probably be significantly taken up by concentrating on settling in, Fresher’s week, studies, and so on.  So this blog might be quiet for a while.  Hopefully I’ll find time to write a thing or two here and there, but I won’t even attempt to stick to any schedules until I’m fully into the flow of university life.  Once I am, I’ll probably aim to continue the rate of something like 3 posts a week.

There’s a few elections coming up and I was initially planning to cover each in depth in a similar vein to how I discussed Australian polling a month ago, but since I’ve simply run out of time I’ll just have to give a brief summary of each one:

7th September 2013 – Australian General Election
When I made that last update on Australian polling it looked as though there might be some hope for the Labor Party, which experienced a boost in ratings since Kevin Rudd usurped Julia Gillard as party leader, but this seems to have since subsided.  No poll has shown the Labor party ahead in the Two-Party Preferred Vote since the end of July, in in the last week the Liberal/National Coalition has regularly been ahead by 2-3%.  This would be enough to give them somewhere around 83 – 86 seats in the 150-seat House of Representatives – a clear majority.  So while nothing can ever be certain in politics – the race is tight enough for this to not entirely be a foregone conclusion – it’s difficult to envisage a scenario in which Tony Abbot doesn’t become Australia’s next Prime Minister.

7th September 2013 – Maldivian Presidential Election
Because the issue of elections in the Maldives is so complex, and as I know so little about it, nothing I can write here will really do it justice.  The island-nation of 320,000 experienced its first free polls in 2008 and, despite hiccups, seemed on generally the right path towards democracy.  Unfortunately, like most first tries at democracy, this collapsed in 2012 with what is widely considered a coup which removed President Nasheed and replaced him with his vice President, Mohammed Waheed Hassan.  Mohamed Nasheed claimed to have been forced to resign at gunpoint, effectively making this a military-backed coup.  I haven’t particularly followed events since but I have noticed an upsurge in stories of human rights abuse which have concerned rights groups including Amnesty International.  So I can’t really say what I think will happen in this presidential election, but I really hope it can put the country back on the track towards democracy.

9th September 2013 – Norwegian Parliamentary Election
Things don’t look great for Prime Minister Jens Stoltenberg, Prime Minister of Norway since 2005.  Leader of the Labour Party, he has governed Norway as part of the ‘Red-Green’ coalition, also including the Socialist Left Party and the Centre Party.  He only just clung onto power in the 2009 elections, when his coalition won fewer votes than the opposition but through quirks of the system managed to win the most seats.  This resulted in calls for an overhall of the electoral system, which as far as I’m aware haven’t been implemented.

A look at opinion polls shows that recently, beginning in May 2012, the Conservative Party began to enjoy a lead.  Since I last checked the Labour Party had actually managed to get ahead by a few percentage points as the most popular party – I wonder if Stoltenberg’s side job as a taxi driver helped? – but the Red-Green Coalition as a whole is being overtaken by the opposition due to the poor results for the Socialist Left and Centre Parties.  In terms of seats, while it’s possible that the Labour Party might be the largest party, the Conservative-led opposition coalition looks set to pick up a lead of 20-30 seats as a whole in the parliament of 169 seats.  The latest estimate I can see it 96 seats for the opposition and 71 for the Red-Green Coalition, despite the Labour Party beating the Conservatives by 54 seats to 46.  In conclusion, I would imagine that this result would see Stoltenberg be replaced as Prime Minister by either Erna Solberg of the Conservative Party or Siv Jensen of the Progress Party.  Like Australia, red will probably fade to blue. 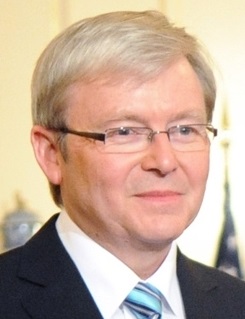 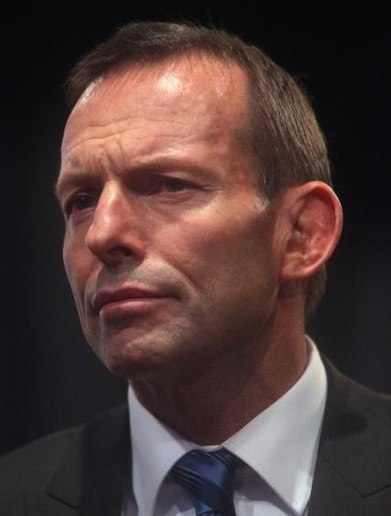 After the surprise turnaround last month that resulted in Kevin Rudd replacing Julia Gillard as leader of the Australian Labor Party, and thus Prime Minister, I’ve been keeping a close eye on opinion polls.  It’s been widely assumed that Rudd is a far more popular politician than Gillard, perhaps because his as Prime Minister between 2007 – 2010 is being seen in a positive light or due to Gillard’s unpopular leadership, and it was hoped that he could save the party from the wipe-out it seemed to be spiraling towards.  Labor had only barely clung on to power in the 2010 election, winning the same number of seats as the Liberal-National coalition (and actually having one seat less now, keeping afloat only through cross-bench support), and their subsequent loss of support has not looked positive.

Yet, Rudd has improved the party’s prospects significantly.  While a month ago Labor was polling at least 10% behind the Coalition, 12 polls since have shown a distinct change.  Granted, Labor have only had a lead in 3 of these polls (4 if you’re counting two-party-preferred vote) and all from the same company, but every poll has shown a narrowing of voting intention.  The Coalition only has an average lead of 3% in the last couple of weeks of polls, which constitutes a major reduction.  Polling shows that, although it’s an uphill struggle, Australian Labor still has everything to play for.

Using this nice page to calculate seats, we can get an idea of what these votes will actually mean on election day.  If we take an average of every poll since Rudd became Prime Minister, we get a result something like:

This would give the coalition the narrowest of majorities.  Using this data, we can predict the probability of various results:

This election, the date of which has not yet been decided but must be held before the 30th November, is not predictable by any means.

(I often find maths boring, but when calculating election things I’m incredibly thankful for that Higher maths course!  I could think of many worse jobs than this…)

I often wish British politics could be as exciting as events I hear about in other democracies around the world.  Today began with the surprising announcement that former Australian Prime Minister Kevin Rudd (2007-2010; he led Labor to victory after 11 years of Liberal-National rule) was to challenge current Prime Minister Julia Gillard as leader of the Labor Party.  There have been challenges in the past which Rudd lost, but this particular challenge bears resemblance to events in 2010 where Gillard outmaneuvered Rudd and took his position as Labor leader, ultimately winning the election.

By 57 votes to 45, Rudd won the leadership vote and has become the new leader of the Labor party.  This doesn’t mean he is now the Prime Minister – Gillard still has to submit her resignation to the Governor-General before this could happen, and with an election due to be held possibly as early as August Rudd certainly wouldn’t have much time in power.  This result certainly does spell the end of Julia Gillard’s political career, however.  She announced that she will not seek re-election later this year and is set to retire from politics.  At least one of my 2013 predictions have come true.

So why did this happen?  This seems like an act of desperation from the Labor Party, which has been performing very poorly in opinion polls and has seemed certain to be facing defeat in the next election.  I don’t know a great deal about Australian politics but Gillard does seem a very unpopular figure, perhaps partly due to Australia’s poor economic performance and her terrible record on immigration.  Throwing migrants onto an island is a really bizarre idea.  My Australian cousins have certainly spoken about her negatively various times and a quick scan of the social networks reveals far more support for Rudd than Gillard.  So is this a last-ditch attempt of the Labor Party to save itself?  I suspect many Labor MPs feel he has a better change of leading the party to victory or, failing that, avoiding total wipe-out – and therefore making their own seats more secure.   Time will tell.

Having browsed the general policies of the main Australian political parties I think I’d probably be most inclined to support the Greens, who are currently in a formal alliance with Labor and, I’m glad to see, generally poll at around 10%.  But even with Green support I don’t think Labor is likely to win the election.

Finally, gonna end this busy day with a list of predictions for next year.  I didn’t plan to publish these – I was writing them for my own interest – but decided to give it a shot, in case miraculously they’re all correct, so I can prove I predicted them!  Rather rushed: